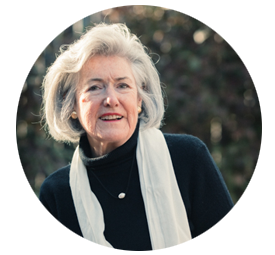 Dr. Bobby Doscher is the President and Chief Executive Officer of the non-profit “Oklahaven” Children’s Chiropractic Center in Oklahoma City, which is celebrating its 58th year of helping severely neurological disorganized and damaged children return to health in a natural way. The center has never received State, Federal, or United Way funding.
During Dr. Doscher’s forty-year tenure with the clinic, the center has received National and International recognition. Dr. Doscher’s many professional activities include the following:

She frequently lectures at chiropractic colleges throughout the world.

She has also been a speaker at numerous national and international conferences.

She and the staff has been invited to treat severely sick children in over 17 countries around the world; Jordan, Guatemala, Mexico, Honduras, Germany, Ireland, England,

On November 14, 2003, she presented a paper at the “International European Year of the Handicapped” conference in Poznan, Poland. Afterwards, she treated profoundly hurt
children and taught the premise of Chiropractic and the return of health for severely sick and damaged children.

In February, 2005, she went to Antwerp, Belgium to lecture at Voluntas, a nonprofit foundation for disabled children.

Dr. Doscher received her Doctor of Chiropractic from Palmer College and later became a Doctor of Naturopathy and has received numerous awards:

For the Chiropractic Profession’s Centennial Year, she was chosen by the World Congress of Women Chiropractors as the “Woman Chiropractor of the Year” and “One of the Twelve Great Women in History of Chiropractic.”

In 1996, Dr. Doscher received the Dr. Mabel Heath Palmer Award honoring her as the Outstanding Lady Chiropractor of the Year.

In March 2001, she was presented the Dr. Larry Webster ChiroPediatric Lifetime Achievement Award for her dedication and commitment to helping thousands of
Chiropractors adjust millions of children by Future Perfect.

She was the Commencement special guest for the June 2001 class of Palmer College of Chiropractic.

July 2011, she was invited as Homecoming speaker at the New Zealand College of Chiropractic.

In 2014, Dr. Doscher was a speaker at Life Chiropractic College West–“The Wave.”

In 2017 Palmer College of Chiropractic Alumni “Insights” – recognized her leadership as one of the Palmer Women.

In 2018 the ICPA expressed its gratitude for her unwavering, courageous and loving service to humankind. Dr. Doscher was given a Heart pendant representing her huge heart for the most challenged children to receive Chiropractic care in restoring their life force for optimal health.

In 2018 she was invited to speak at the Berkshire Chiropractic Philosophy Event and was presented an award for her enduring contribution to the Chiropractic profession.

In 2018 Dr. Doscher was invited to speak at AutismOne and honored with the Trailblazer Award for her decades of devotion healing children with autism and other special needs.

In 2018 Dr. Doscher was invited to speak at the “WDC” Women Doctors of Chiropractic and honored her with the Women Glass Ceiling Breakers award.

In addition to her work at the center, Dr. Doscher has been involved as a leader in many women’s groups and numerous professional and civic organizations, including:
Past President of Sigma Phi Chi Sorority, the oldest Chiropractic organization

For the 100th Anniversary in 2011, she was awarded the “Life Time Achievement Award.”

She now presides as the president of the Grand Chapter

Member for the Girl Scouts of the United State Long Range Planning Committees
Advisory board for Passageway, a YWCA shelter for battered women; and children
Board member of Sugarcreek Camp, an organization which sends indigent inner city children to camp

In 1998, Manor College, Philadelphia area recognized her as one of its Top Ten Alumni and chose Dr. Doscher to be the speaker for the occasion of the 50th Commencement exercises.

At the 1999 Governor’s Conference for Women in Business –she was a finalist for “Best of the Best.”

In 2000, her biography appeared in Nationwide Register’s Who’s Who in Executives and Business, and the Global Register’s Who’ Who Executive Professionals 2007-2008 Edition
June 2019 Commencement Speaker Life Chiropractic College West

Other honors for Dr. Bobby include:

In 1992, the State of Oklahoma honored Dr. Doscher, proclaiming and designating a special day as “Dr. Bobby Doscher Day” in recognition of her relentless commitment in providing natural, drug-free health care for children

In 2004 The World Chiropractic Alliance “Humanitarian of the Year”

Recipient of the 2007 “Humanitarian Award” by PerformanceHealth, the parent company of BIOFREEZE and Thera-Band

Highlighted in the fall 2007 issue of Palmer’s Alumni Insights magazine as one of 14 “Leading Ladies” who have played key roles in the chiropractic profession.
In 2013, Dr. Fabrizio Mancini, President of Parker Seminars and Parker University, presented Dr. Doscher with the “Humanitarian Award” by PerformanceHealth, the parent company of BIOFREEZE, Thera-Band, Pedigenix, and PROSSAGE

In 2018 The Journal Record honored Dr. Doscher with “50 Women Making a Difference in the State of Oklahoma.”

In 2018 Dr. Doscher was nominated for the Oklahoma Women’s Hall of Fame.

International Stewardess with extensive travel throughout the world, including flights into Vietnam during the war

She was a special nationwide representative for the cosmetic houses of Charles of the Ritz and Germaine Monteil/Scandia in New York City; and instructor for John Roberts Powers Modeling Agency in New York and Philadelphia

She served as assistant curator of education at Putnam Museum in Davenport, Iowa, initiating one of the first “hands-on” rooms for children
At the national level, she was an Official for women’s basketball, field hockey, and lacrosse for fifteen years, officiating in the first women’s Big Five and Big Ten Basketball Tournaments

Dr. Doscher has authored several publications, which are invaluable resources for both professional peers and families wanting to help the neurologically disorganized child in a natural way to reach their optimal potential

Her latest publications include:

And Now What Do I Do? (ISBN: 978-0-9794722-0-6). This guide helps identify the early signs of subluxation as well as steps to reach optimal potential. Many parents tell us at Oklahaven they wish they had known to look for the earliest signs of subluxation, indicative of a child’s compromised neurological development. After working with children for many years, we have discovered the early signs of subluxation will manifest into physical, mental, emotional, and/or social impairments.
A Guide to Functional Neurological Evaluation (ISBN: 978-0-9794722-1-3) shows how to observe the important correlation between a child’s neurological age (function and actual ability) and a child’s chronological age. When the two ages do not match, it is a sign that subluxation exists, which creates a lack of ease in the body, manifesting as a gap between these ages and creating some degree of sensory and motor shutdown. Any discrepancies between the two ages will affect the child’s performance and delay abilities to solve problems. The book demonstrates the early signs of subluxation and how the child’s life-force is diminished, manifesting into neurological disorganization and lack of function.

Turkey Notes (ISBN: 978-0-9794722-2-0) was created from a tradition Dr. Bobby Doscher learned at the Putnam Museum in Davenport, Iowa. Since then she has used Turkey Notes to learn about others’ experiences. Presented as small scrolls at each place setting, these “notes” are questions, which range from the thoughtful to the fun. Questions such as “What did you learn this year” are designed to help the guests get to know each other better.

Inspire Chiropractic The profile -“This small volume is a testament to the success philosophy of Napoleon Hill. It is filled with riches of life, and its philosophy permeates the very substance of what we call chiropractic.”
– Matt Hammett

“A perfect example of the Think & Grow Rich principles is exhibited when the mother has a firm grip on the vision of seeing her child well.” – Dr. Bobby Doscher